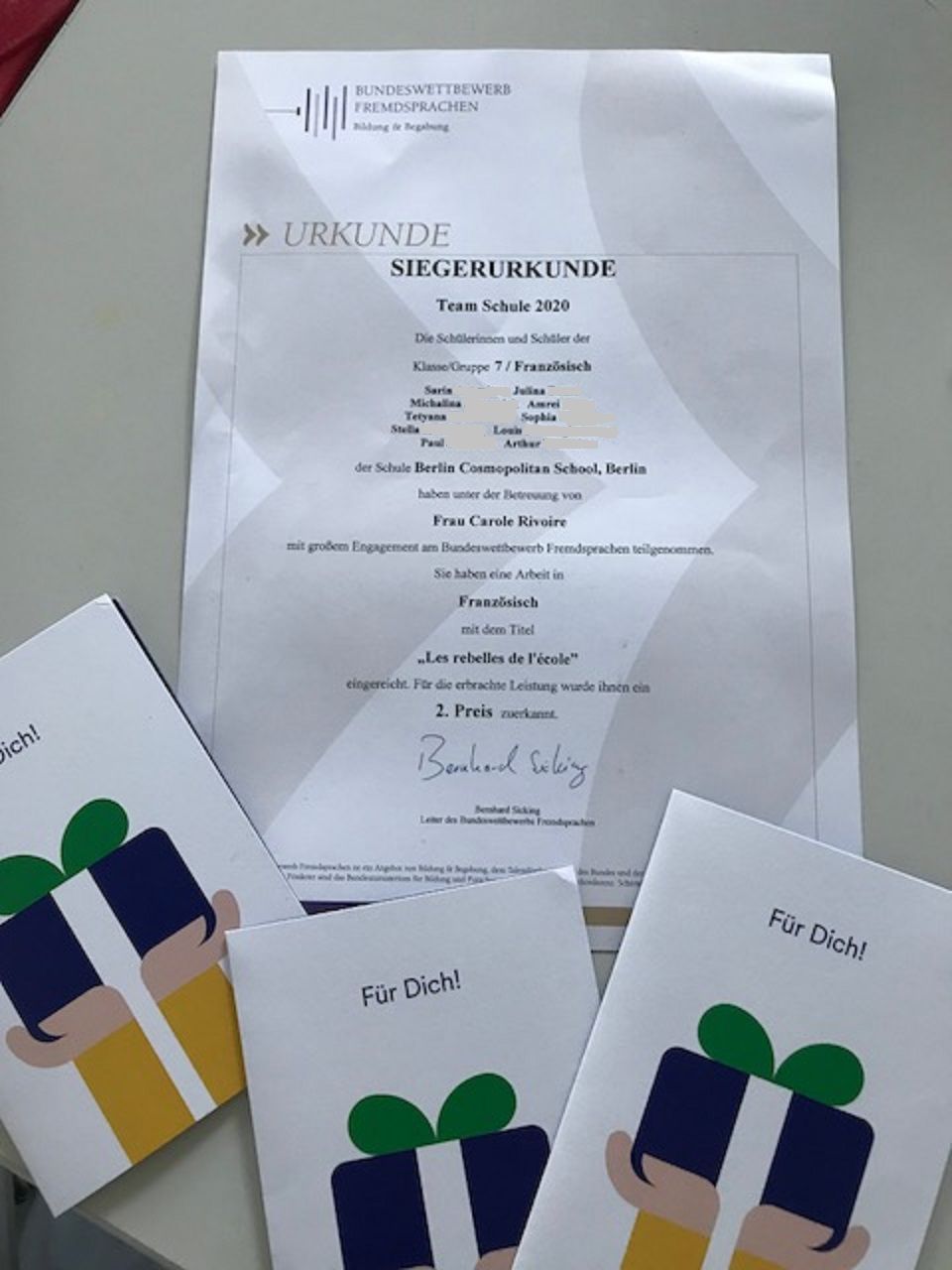 It is the fourth time that BCS participates in the competition and the third time we won a prize: two prizes were for a film and for the first time for a play.
The story should have been presented for our language show planned in April but will hopefully be performed to our BCS community in the near future. Our grade 7 French students wrote it during the first semester. It is about a class of 7th graders who are not satisfied with their report cards for many reasons. So they decide to go to the office of the principal to change their grades. There they realise that one of their friends is actually the daughter of the principal and that she has been hiding who she really was all along. In the end they decide to accept their grades as they don’t define who they are. We hope to perform it live soon!