For many years we have had to turn away many parents and their children because we did not have enough places.

The two new first grades will start with the same Berlin Cosmopolitan School concept. However, it is expanded by the extracurricular learning location “Nature at the Müggelsee”.
Most of the places have already been allocated through our waiting list. Apply immediately on our website or request informational interviews via the following email address: nature@cosmopolitanschool.de

You think you have no chance? Contact us. We also award scholarships and honor complicated situations and languages. We would like to help.

We are looking forward to meeting you and your child.

BCS is seeking a full-time grade 1 and 2 classroom teacher to implement the IB – PYP programme. The ideal candidate should be a fluent English-speaking teacher with a master’s degree in Primary or Early Years Education. A bachelor’s degree and 3 years of teaching experience can substitute for the master’s degree. Experience in and knowledge of the IB – PYP is preferred but not required.

BCS is seeking an interim art teacher for the primary classes grades 1-6.  The ideal candidate should have strong German and English language skills and a master’s degree in education focusing on art education in the primary grade. A bachelor’s degree and 3 years of experience can substitute for the master’s degree. Experience in and knowledge of the IB – PYP is preferred but not required. 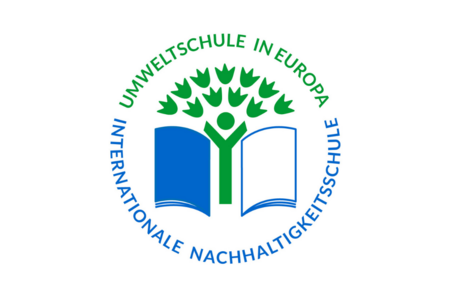 We are very happy to inform you today that the Umweltschule-Jury has decided to award our school with the title „Environmental School in Europe/International Sustainability School 2022“ or in German „Umweltschule in Europa/Internationale Nachhaltigkeitsschule 2022“.

The selected schools should experience appreciation with this seal and be motivated to continue the work on this topic during these uncertain and unfamiliar times. We should continue to deal with the urgent questions of the next generation regarding their future. Therefore we achieve education for sustainable development.

We are very proud and glad to receive this award! We are going to continue our work with our students for environmental goals and sustainability!

On Thursday and Friday, May 19th and 20th, 2022, the German Championships for VEX IQ took place in Hamburg. For our school, the Cosmo Girls competed in the Elementary School category on Thursday. They were able to assert themselves in the Robot Design category and became German Champion.

On Friday it was our Cosmo Stars turn. They competed in the V5 competition in the Middle School age group. This team also had a very successful day. After being in 9th place in the preliminary round, they were able to play their way to the final in the elimination rounds. Only there were they inferior and became German Vice Champion.