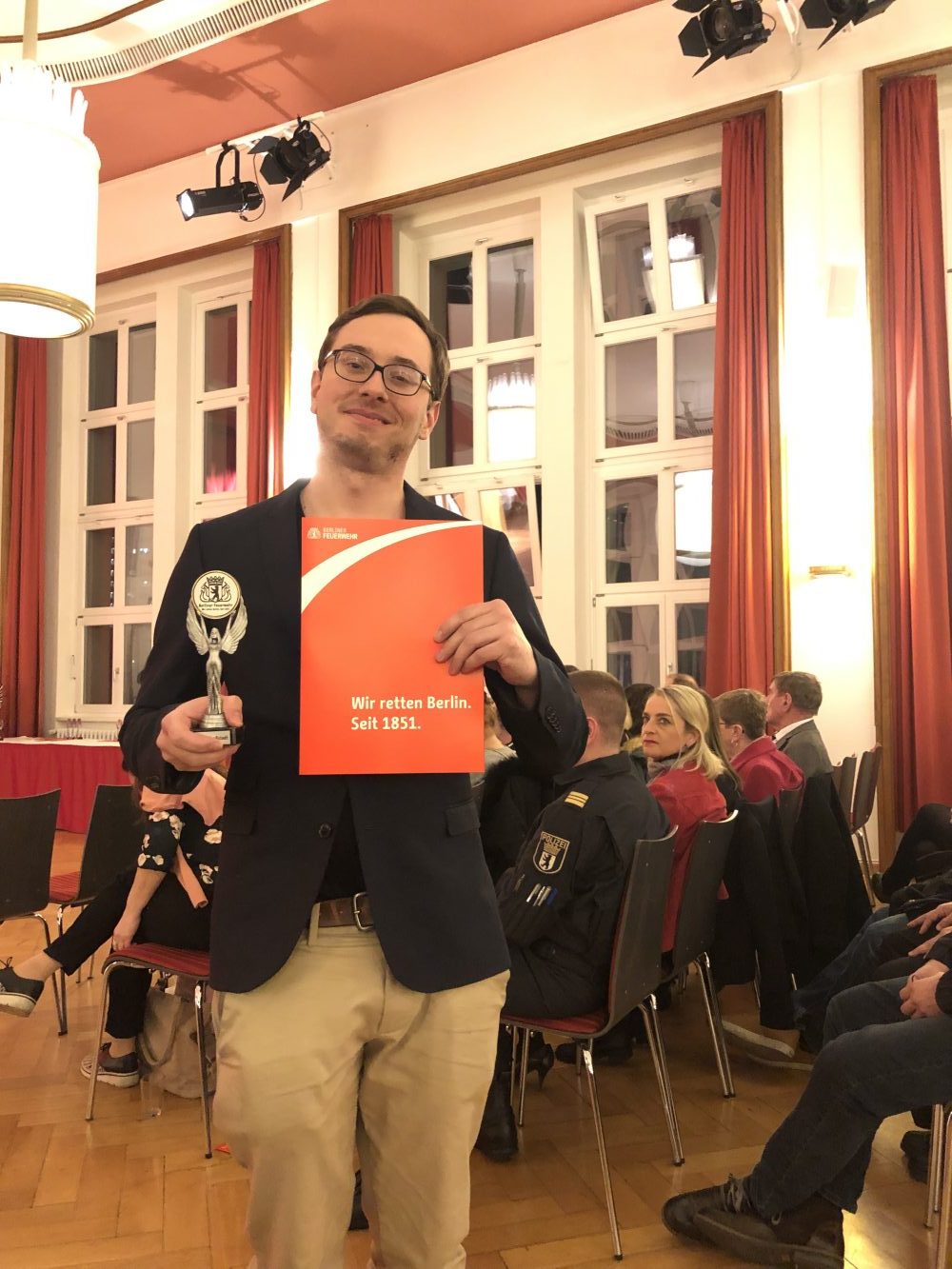 We are very proud to announce that BCS Maths and Physics Teacher, Mr. Douglas Weber has been given the “Angel of the City” (“Engel der Großstadt”) award. In the summer of 2018, he saved the life of a man who had collapsed on a train platform. Mr Weber, who at that time accompanied a grade 8 excursion, immediately began resuscitating the unconscious until the ambulance arrived.

Very moved by this experience, the students of grade 8 organised a first aid course at their own request. Other men and women living in Berlin were also honoured for their committed and exemplary behaviour by the Berlin Fire Brigade and the Senate. On all their thank-you certificates it says: “Whoever is in the right place at the right time and does the right thing is actually something like an angel for the person in need”.